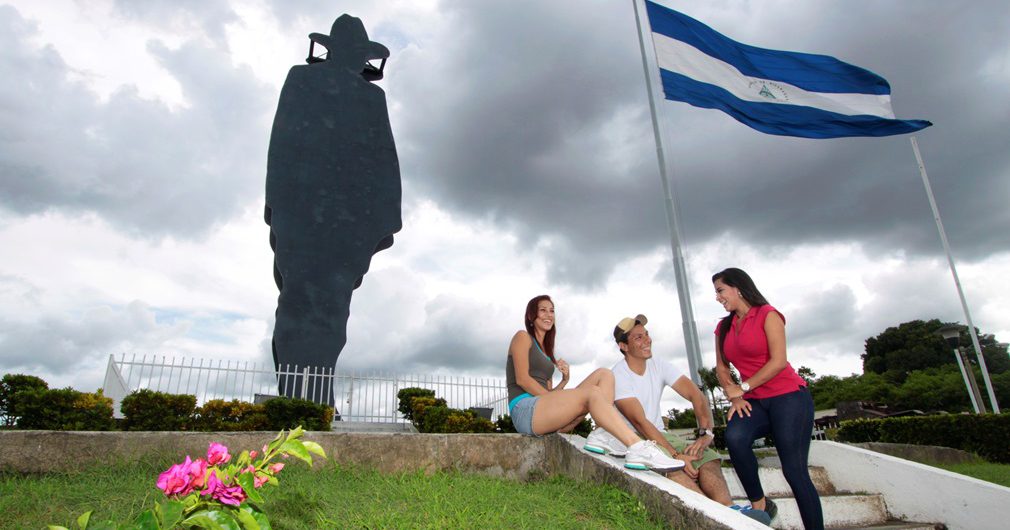 The cone of the Momotombo Volcano serves as the backdrop to Managua, located on the southern shore of Lake Managua. For the best overviews of this business and cultural capital of Nicaragua, head up to the Loma de Tiscapa Historic Park which sits on the site of the former Presidential Palace, destroyed in 1972 earthquake. The top of the hill is actually the lip of the Tiscapa Volcano’s lovely little crater lake. Managua is well worth a short visit, and the things to see and do in the capital include the National Museum, housed in Palacio de la Cultura and displaying the best collection of pottery in the country,  and the New Cathedral, a mosque-like Catholic church with 63 domes letting in light to illuminate the stark interior. Of special interest is Huellas de Acahualinca, an archaeological site protected within a museum that displays 6,000-year-old fossilized footprints of men, women and children walking roughly in line; here too are other findings unearthed during excavations by the Carnegie Foundation. The best place for shopping is the Mercado Roberto Huembes with its colorful fresh fruits and flower sections, as well as a very complete selection of national handicrafts; the market is also a good pick for sampling local foods.

If there’s a performance scheduled, do book tickets for a concert or ballet at the Ruben Dario National Theater, the cultural heart of the capital and named after Nicaragua’s favorite poet.

Getting there:  12 miles (15 km) from the International Airport